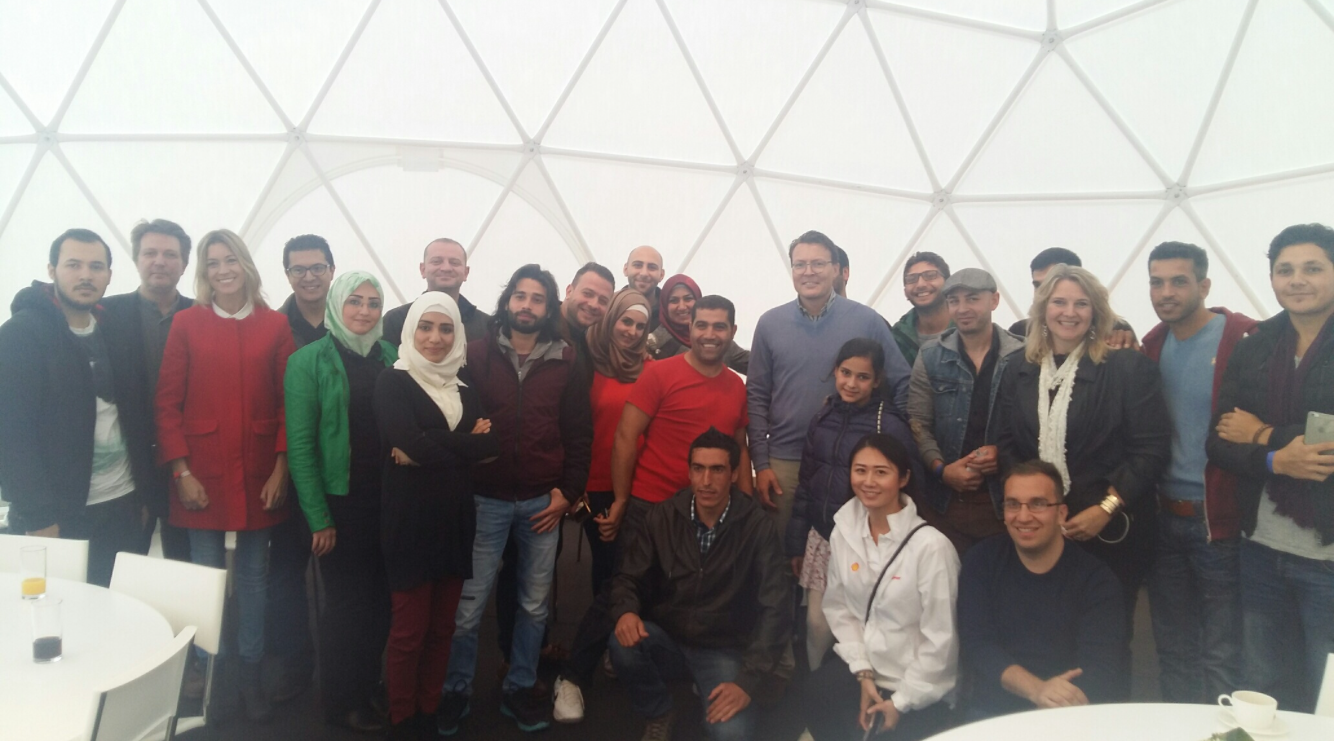 Sunday October 2nd the Dutch Integration Network, with a group of over 25 Syrian men, women and children visited the ‘Generation Discover Festival’ in The Hague. With the VIP treatment offered by Shell and meeting and talking with Prince Constantijn (special envoy for startups at StartupDelta) the day was an unforgettable experience. 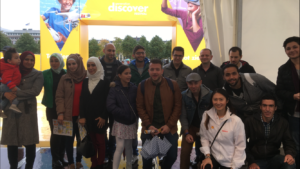 In the Hague the Generation Discover Festival for five days offers children (but also adults) a chance to encounter new technologies and get involved in thinking about new kinds of energy for the future. Drones, 3d printing, saltwater-driven cars, creating energy by dancing… there are a lot of different things to see and do. 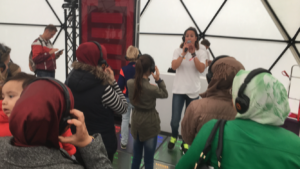 The Network members gathered at the beginning of the afternoon and were welcomed by Celina from Shell who arranged a translator to come with us. We got a tour around the Festival. Some of the group even were brave enough to start dancing to create energy. Eventually even some men dared to enter the dancefloor but it were definitely the ladies who were the bravest! ;)

After a tour around the Festival it was time for a lunch in the Hospitality Dome, the VIP-tent where – besides a lunch – the CSR manager Anne was there to speak with us. She took a lot of time to talk to everybody.

For the youngest all this talking was a bit hard to stay awake for ;)

After lunch and some good useful conversations Prins Constantijn entered and talk to some of us, shook some hands and off course was the center of a group selfie. Some of the group were amazed that he was so approachable. “Is he really a Prince”, “but then how can I just talk to him?” “He is so friendly” “Does he work with entrepeneurs?”

It was a very special and joyful experience. 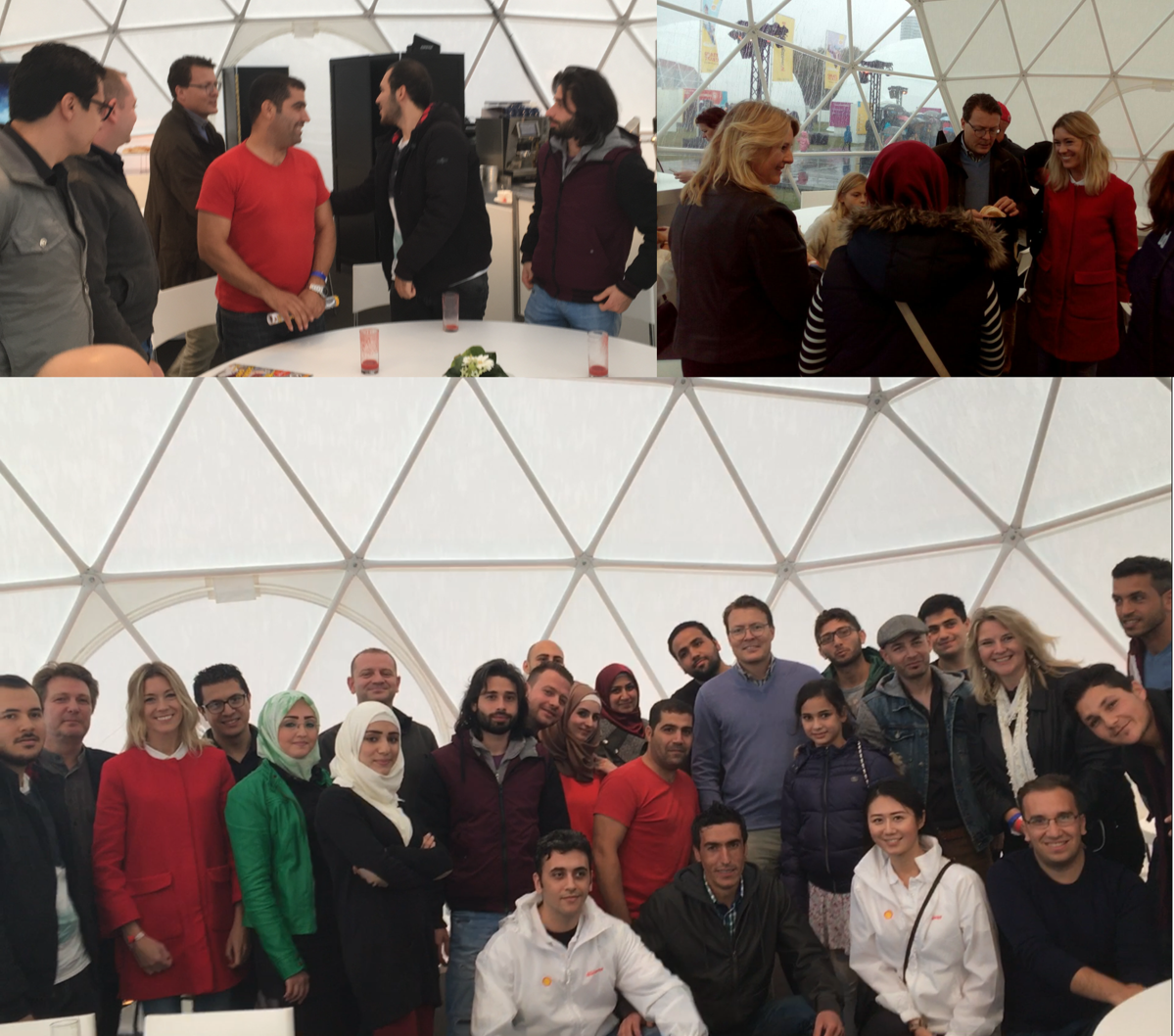 After all this excitement we went back outside to see more of the festival, like going in the ferris wheel and seeing the festival and the city from above!

Besides real Dutch Poffertjes off course we had to try the cotton candy ‘Suikerspinnen’. 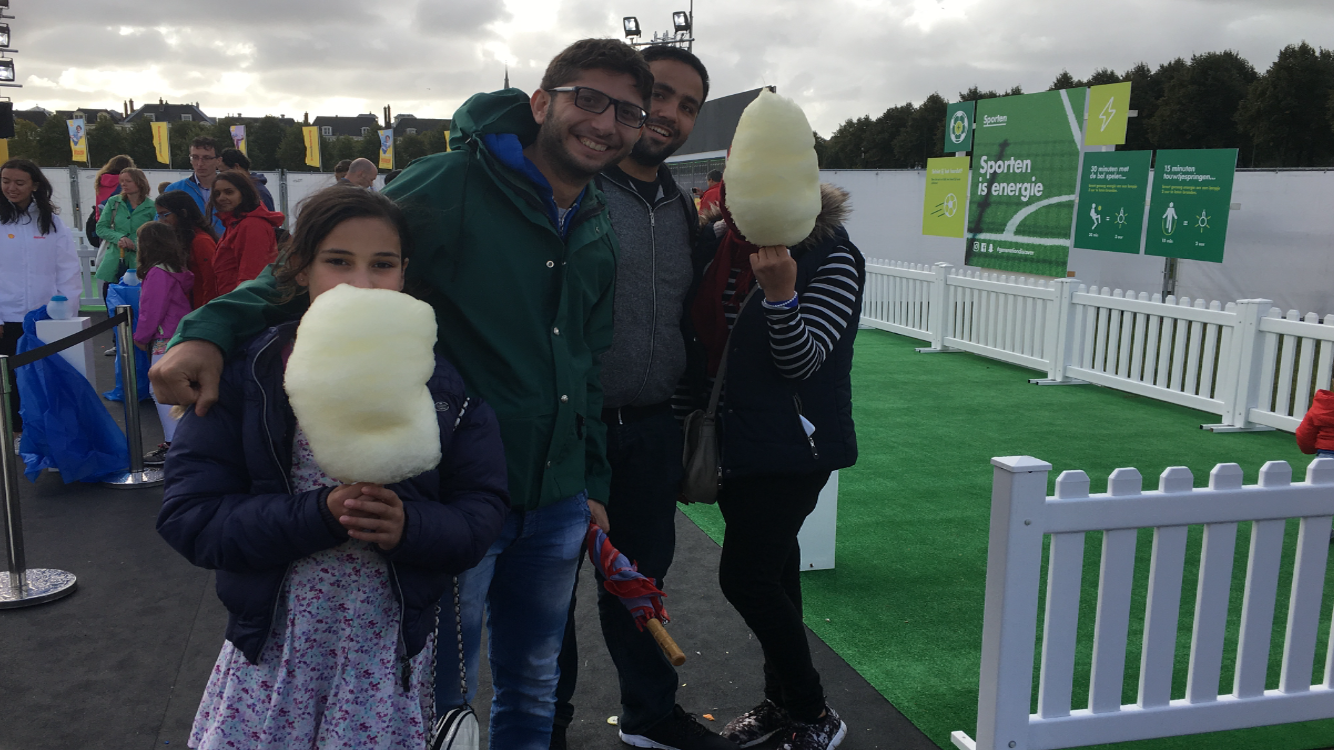 It was a busy and fun day. Hope many more will follow. Many thanks to everybody who made this possible! Especially the people from Shell/ GenerationDiscover. 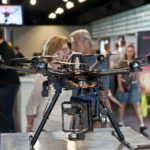 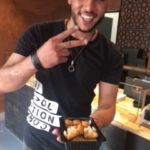 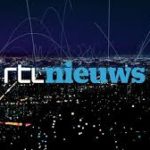